On iOS 12, I am having an issue with Guided Access Mode and brightness settingsThere is a new issue in iOS 12 which requires a configuration change to re-enable brightness settings when using Guided Access modeiOS 12 introduced a regression, which was tracked for several months as an open bug, which caused Power settings (including display and brightness) to be ignored when guided access mode was enabled, for all iOS 12 devices.After a recent update (iOS 12.1.1), a fix has been released by Apple, which should resolve this issue for most users. If you are unable to update to the latest version of iOS 12, iOS 11 is recommended.Simply open the Settings app, and navigate to: Settings -> General -> Accessibility -> Guided Access -> Mirror Display Auto-Lock, which you can use to re-enable power settings. 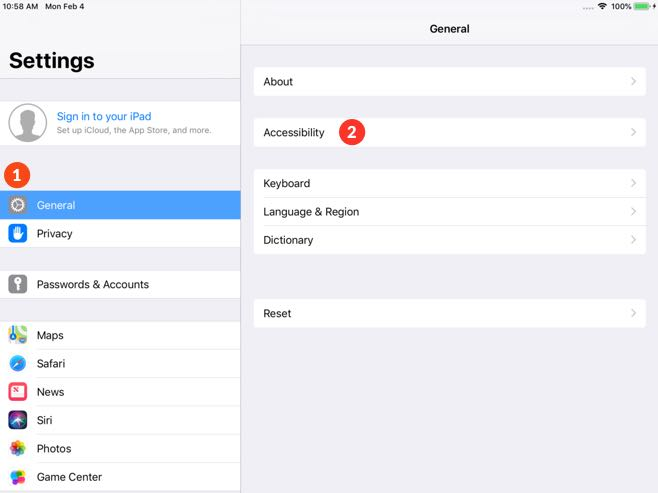 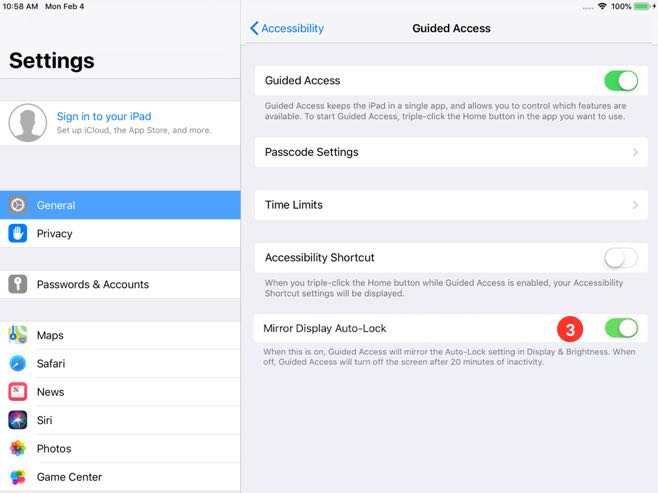 The toggle switch should be set to the enabled position.

Was this article helpful?